Cosmic Roots: The Conflict Between Science and Religion and How It Led to the Secular Age (Paperback) 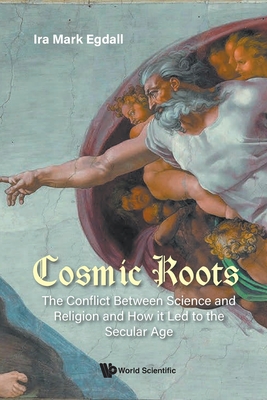 Cosmic Roots: The Conflict Between Science and Religion and How It Led to the Secular Age (Paperback)


Usually Arrives to Store in 1-5 Days
Cosmic Roots traces the five-thousand-year conflict between science and religion -- and how it has shaped our modern secular worldview.Told with rare clarity and striking insight, this fascinating and thought-provoking book focuses on the history of cosmology and its sister science astronomy. For it was discoveries within these great disciplines which first led to the conflict between science and religion. The story begins with the cosmological beliefs of the ancients -- from the flat Earth models of the Sumerians and Hebrews to the Greek notion of the orbits of planets as divine circles. Topics progress from Aristotle and Ptolemy's integrated planetary models to the Sun-centered cosmologies of Copernicus, Galileo, Kepler, and the great Isaac Newton. Their combined scientific achievements stand as testimony to the power and imagination of the human mind.This meticulously researched narrative also traces the roots of Western religion, based on historical events and archeological evidence. It takes us on a captivating journey through Western religious history -- from ancient paganism to the ethical monotheism of the Hebrews, Christians, and Moslems. Along the way, we follow the rise and fall of civilizations, of empires, cycles of war and peace, unification and division.The book concludes with how Darwin came up with his theory of evolution and the impact of modern physics on religious beliefs. The cumulative effect of the scientific discoveries presented in Cosmic Roots has, for better or for worse, led to the separation of science and religion we see in Western culture today.