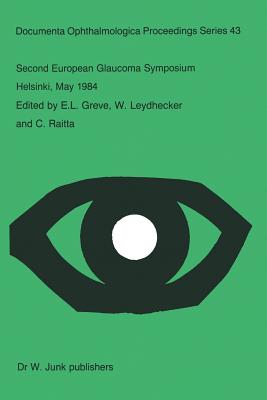 This is book number 43 in the Documenta Ophthalmologica Proceedings series.

The European Glaucoma Society was founded in the spring of 1978 at the initiative of Drs Fran ois, Leydhecker and Greve. Representatives of most European countries met in Ghent and agreed to create a society that would promote the contacts and exchange of knowledge between European glauco- matologists. The European Glaucoma Society serves to stimulate glaucoma research and diffuse specific knowledge to general ophthalmologists. The European Glaucoma Society would like to cooperate closely with similar glaucoma organizations in other continents. The first symposium of the EGS was held in April 1980 in Brighton, England. No proceedings were published. The second symposium took place in May 1984 in Hyvinkiiii, Finland. A great number of participants enjoyed a well organized scientific programme of attractive quality. The local organization was in the able hands of Raitta and her colleagues, Raivio and Lehto. The scientific programme was coordinated in Amsterdam where a great amount of work was done by Stella Ompi, secretary to the general secretary. The contents of the meeting have been summarized in this book. This second symposium of the EGS, which took place in an atmosphere of great enthusiasm and friendship, has shown great promise for the future of the European glaucoma.