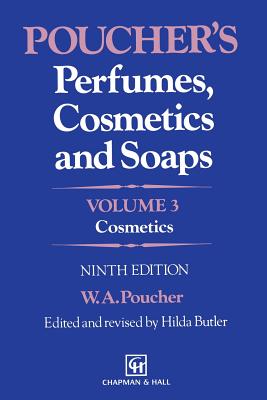 
Usually Arrives to Store in 1-5 Days
Cosmetic Science has developed greatly since the publication of the 8th edition of this textbook in 1974. Although the first part of this volume still consists of chapters about product preparations in alphabetical order, each product category has been revised and updated by a specialist. An outline of the biology, structure and function of skin, hair, teeth and nails and the reasons for the need for cosmetics are given in those dealing with the relevant preparations. Throughout, the word Cosmetics includes toiletries and thus all products which protect, cleanse, adorn, and perfume the human body, and combat body odour and perspiration. The 'f' spelling for the element 'sulfur' and its derivatives has been used following the recommendations of the International Union of Pure and Applied Chemistry (IUP AC) and the decision taken by the Royal Society of Chemistry (RSC) and the British Standards Institute (BSI) to use 'f' instead of 'ph' in all their publications. This stems from the derivation of the use of the 'f' from Latin and its use in England until the 15th century.
Hilda Butler, CChem, FRSC is a past president of the Society of Cosmetic Chemists and is also currently the Series editor of `Cosmetic Science' monographs.