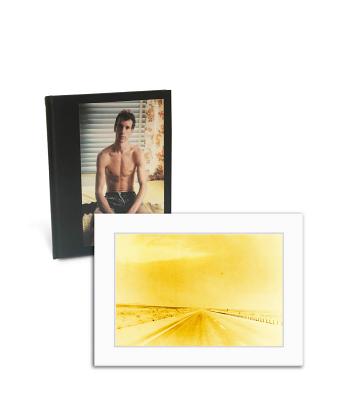 For this second collector's edition of Jack Pierson's (born 1960) The Hungry Years, Pierson has printed 30 copies of the photograph Yellow Road. Each photograph is numbered and signed by the artist.

The Hungry Years collects the early photographs of Jack Pierson, taken throughout the 1980s--photographs that have increasingly captured the attention of the art world since they were first editioned in 1990. Informed in part by his artistic emergence in the era of AIDS, Pierson's work is moored by melancholy and introspection, yet his images are often buoyed by a celebratory aura of homoeroticism, seduction and glamour. Sometimes infused with a sly sense of humor, Pierson's work is inherently autobiographical; often using his friends as his models and referencing traditional Americana motifs, his bright yet distanced imagery reveals the undercurrents of the uncanny in the quotidian.