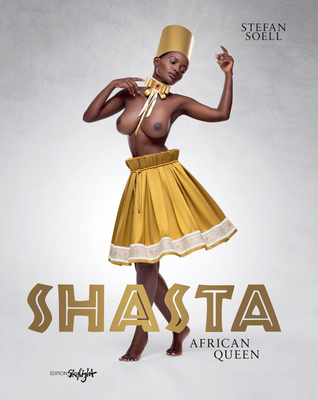 
Email or call for availability
Shasta comes from Rwanda in Central Africa, a relatively small, landlocked country. She has strong family ties, and is proud of her origins. It was only by chance that I discovered her sedcard, and immediately found her fascinating.

Photographing dark-skinned models in the Alps inevitably produces contrast-rich results, so we end up spending many hours in the mountains during a shoot. Surprisingly, Shasta has exceptionally good hiking equipment, and that motivates her to hike to the top of mountains whose peaks may still be hidden in the clouds. Unfortunately, the temperatures can be extremely fresh up high, but Shasta is brave and always ready to pose, even when the temperature is sometimes under 10 °C!

In addition to modelling, Shasta designs and handmakes clothing in the fabrics, patterns and colours typical of her home country, ingeniously combining traditional African aesthetics with more modern, sensual styles. She doesn’t need a model to show off her outfits as she does it all herself with selfies, of which she is the leading proponent! Of course, her experience behind the camera can be quite helpful when we’re posing in complicated, demanding settings.” – Stefan Soell
The German photographer Stefan Soell began taking pictures at the age of 15, and soon landscape and portrait photography became his favorite pastime. In addition to his amazing gift for choosing the ideal background and the perfect equipment, he succeeds brilliantly in the precise use of lighting conditions. Stefan Söll is one of the few photographers who are able to realize the full potential of his models, to capture every nuance of their beauty.