The Moon in the Man (Paperback) 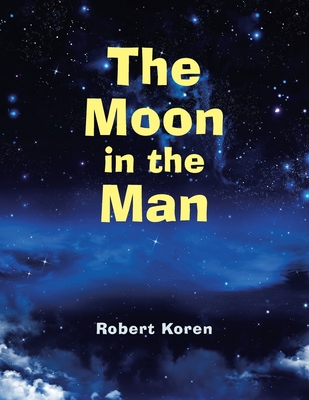 The Moon in the Man (Paperback)

Here is a man called Jerry. Now Jerry just had to make a trip that would seem impossible by most. Jerry spotted an object in the vastness of space that he had to visit. To do this, Jerry had to build a vehicle that would allow him to accomplish his goal.

Jerry is a very curious man and had the energy to do what he needed to make a trip through space. Jerry just had to visit the moon. Jerry studied the moon with his telescope every night. Although it was not the same as having a first-hand view of this incredible object close up.

Jerry knew it would take a lot of work to build a rocket ship that would carry him into space and back. Although the task seemed daunting, Jerry pressed on. Jerry fabricated the rocket ship one piece at a time until it was completed.

Jerry was off to make a successful launch. It was all he ever dreamed of. Jerry flew fast to reach his destination. At first, Jerry was pleased to have been able to reach his goal but something happened that no one would have expected. Turned out the moon was made of cheese and Jerry could not resist. He ate the whole moon Interestingly enough, Jerry got a tummy ache.