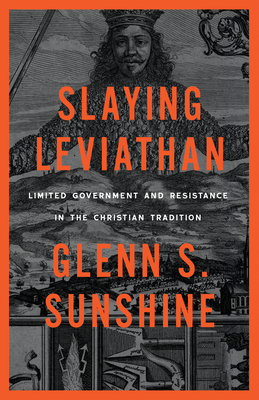 Christians first expressed these political truths under Caesars, kings, popes, and emperors. We need them in the age of presidents.

Leviathan is rising again, and the first weapon we must recover is the longstanding Christian tradition of resisting governmental overreach. Our bloated bureaucratic state would have been unrecognizable to the Founders, and our acquiescence to its encroachments on liberty would have infuriated them. But here is the point: our Leviathan would not have surprised them. They were well acquainted with the tendency of governments to turn tyrannical: "Eternal vigilance is the price we pay for liberty."

In Slaying Leviathan, historian Glenn S. Sunshine surveys some of the stories and key elements of Christian political thought from Augustine to the Declaration of Independence. Specifically, the book introduces theories of limited government that were synthesized into a coherent political philosophy by John Locke. Locke, of course, influenced the American founders and was, like us, fighting against the spirit of Leviathan in his day. But his is only one of the many stories in this book.