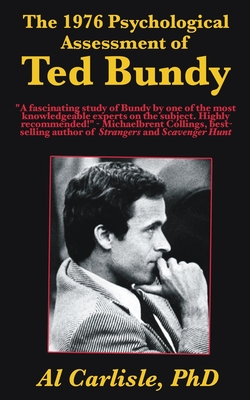 The 1976 Psychological Assessment of Ted Bundy

""Do you think I killed those girls?"
Ted Bundy asked me this question after we had completed the final interview. We were standing in the corridor outside my office and Ted was about to return to his cell. It was an unusual question to ask... I was caught off guard by the question."
"...With this question, Ted had put me in a lose-lose situation. My best option might have been to tell him that I couldn't, or wouldn't, answer his question. However, I said to him, "I don't know, but if you did, I believe you will do it again."
I'm sure it wasn't what he wanted to hear. He didn't say anything. He turned and walked back to his cell. In future conversations we had together he never again asked that question."
" ...Putting all the information I had gleaned from the test data as well as the phone conversations and the personal interviews with Ted... I concluded that it was my opinion that Ted's personality fit the crime for which he was found guilty. I submitted my report to the court. Then all hell broke loose."
- from The 1976 Psychological Assessment of Ted Bundy
Many books have been written about Bundy, but rarely have we had the opportunity to understand the inner workings of his mind. Now, Dr. Carlisle shares the step-by-step psychological assessment process regarding how he determined that Bundy was indeed a violent person and would likely continue to kill if he was set free.
Book four in the Development of the Violent Mind series.