The Journal of Angela Ashby (Paperback) 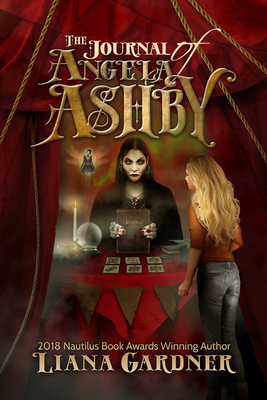 The Journal of Angela Ashby (Paperback)

I have great power.
That’s what she told me. The old fortune-teller at the school carnival.
I thought I was doing the right thing … with the magic journal she gave me. But nothing could prepare me for what happened next.
Or, for what I unleashed.

At a school carnival, a mysterious fortune-teller gives twelve-year-old Angela Ashby a journal and warns her to use it wisely. Nothing prepares Angela for the journal’s power—when she pours her heart onto its pages her desires come true.

She tests the journal by conjuring a gnome, a unicorn, and a farting fairy and then uses it to stop the school bullies in their tracks. But the unintended consequences alienate her best friend and puts her favorite teacher in danger of losing her job.

After she shares her deepest desire of all—that her parents get back together—her adversary steals the journal, and Angela fears she will use it to bring mayhem to the entire school if she doesn’t get it back.

Liana Gardner is the multi-award-winning author of 7th Grade Revolution, The Journal of Angela Ashby, and Speak No Evil. The daughter of a rocket scientist and an artist, Liana combines the traits of both into a quirky yet pragmatic writer and in everything sees the story lurking beneath the surface.

Liana volunteers with high school students through EXP (expfuture.org). EXP unites business people and educators to prepare students for a meaningful place in the world of tomorrow. Working in partnership with industry and educators, EXP helps young people EXPerience, EXPand, and EXPlore.

Engaged in a battle against leukemia and lymphoma, Liana spends much of her time at home, but her imagination takes her wherever she wants to go.

Liana is a member of the Society of Children's Book Writers and Illustrators.

Mister Sam Shearon, also known as ‘Mister-Sam’ is a British, Liverpool born dark-artist specializing in horror and science-fiction. Sam’s work often includes elements inspired by vintage tales of monsters and madmen, dark futures, post-apocalyptic genres, and classic literature. His artwork can be found on a variety of books and comic covers, including illustrations for the Angel series, 30 Days of Night, The X-Files, KISS, Mars Attacks, Judge Dredd, Aleister Arcane, Richard Matheson: Master of Horror and the fully illustrated H.P. Lovecraft‘s The Call of Cthulhu, Oscar Wilde‘s The Picture of Dorian Gray, and Clive Barker’s Hellraiser and the Books of Blood series. Sam has also created cover artworks concerning cryptozoology and the unexplained, with clients including David Weatherly, Lyle Blackburn, Small Town Monsters, Chase Kloetzke, Whitley Strieber, and the podcast Into The Fray for which he also co-hosts.