The Promise of Pierson Orchard (Paperback) 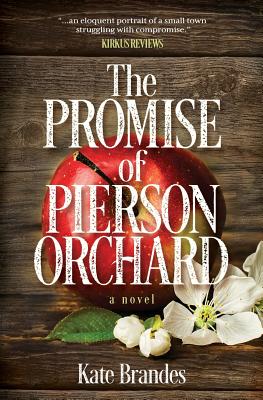 The Promise of Pierson Orchard (Paperback)

Long before fracking ever came to Minden, Pennsylvania, the fissures in the Pierson family were developing into major fault lines.

Green Energy arrives, offering the rural community of Minden the dream of making more money from their land by leasing natural gas rights for drilling. But orchardist, Jack Pierson, fears his brother, Wade, who now works for Green Energy, has returned to town after a twenty-year absence so desperate to be the hero that he'll blind their hometown to the potential dangers. Jack also worries his brother will try to rekindle his relationship with LeeAnn, Jack's wife, who's recently left him. To protect his hometown and to fulfill a promise to himself, Jack seeks out his mother and environmental lawyer, Stella Brantley, who abandoned Minden--and Jack and Wade--many, many years ago.