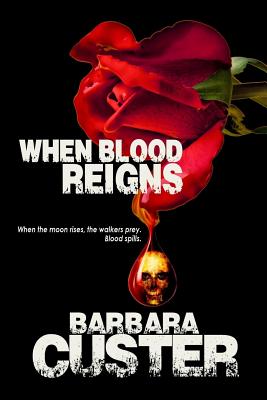 
Usually Arrives to Store in 1-5 Days
Marked for death, Alexis accompanies her lover, Yeron, and four survivors of a zombie invasion on a search for the renegades who created a chemical that induces a zombie-like state. On the way, ravenous flesh-eaters attack Alexis's team; one survivor turns on her. She realizes too late that the renegades have been tracking her every move. When officials capture her, she becomes deathly ill. Can DNA splicing save her? Will Yeron's attempts at rescue jeopardize all their lives?
Barbara lives near Philadelphia, Pennsylvania, where she works full time as a respiratory therapist. When she's not working with her patients, she's enjoying a fright flick or working on horror and science fiction tales. She's published Night to Dawn magazine since 2004. Other books by Barbara include Twilight Healer, City of Brotherly Death, Infinite Sight, and Steel Rose; also novellas Close Liaisons and Life Raft: Earth. She enjoys bringing her medical background to the printed page, and then blending it with supernatural horror. She maintains a presence on Facebook, Linkedin, Twitter, and The Writers Coffeehouse forum. Look for the photos with the Mylar balloons, and you'll find her. To contact her, e-mail her at barbaracuster@hotmail.com. Visit her at: www.bloodredshadow.com www.facebook.com/barbara.custer www.linkedin.com/pub/barbara-custer/10/aa9/bba https: //twitter.com/NighttoDawn1