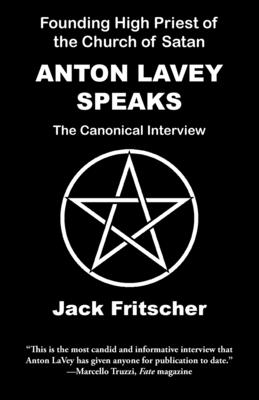 At midnight on the historic night of July 29, 1971, High Priest Anton LaVey sat down with journalist Jack Fritscher in the dramatic sanctuary of his Church of Satan in San Francisco to speak frankly about the role of the Satanic Church and Satanism in the ongoing revolution around sex, race, and gender. This seminal interview, conducted in the fifth Satanic Year, is the first and earliest in-depth interview given by Anton LaVey whose Satanic Bible was published only two years before in 1969. Marcello Truzzi wrote in Fate magazine: "This is the most candid and informative interview that Anton LaVey has given anyone for publication to date."

LaVey and Fritscher hit it off. LaVey responds graciously, humorously, and definitively about how and why he founded his Church while he addresses American religions, white wicca, the Manson Family, and the death of Jayne Mansfield. He sets the record straight declaring to Fritscher that he played the Devil in Roman Polanski's Rosemary's Baby.

Growing more golden over the past fifty years, this interview has entered the classic "Canon of Satanic Literature" in the Church of Satan. Certainly, the candid conversation catches one of the most intriguing men of the 20th century around the moment when the Swinging 1960s became the Titanic 1970s that helped shaped the myth, magic, and mysticism of our new century. Here is the truth of what Anton LaVey said. He himself frequently endorsed the accuracy. This is the original question and answer format of the interview.