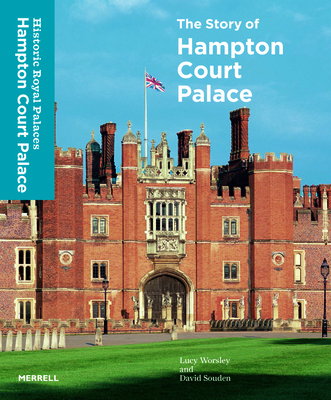 
Email or call for availability
Hampton Court Palace, to the south-west of London, is one of the most famous and magnificent buildings in Britain. The original palace was begun by Cardinal Wolsey, but it soon attracted the attention of his Tudor king and became the centre of royal and political life for the next 200 years. In this new, lavishly illustrated history, the stories of the people who have inhabited the palace over the last five centuries take centre stage. Here Henry VIII and most of his six wives held court, Shakespeare and his players performed, and Charles I escaped arrest after his defeat in the Civil War. William III and Mary II introduced French court etiquette, and Georgian kings and princes argued violently amid the splendid interiors. Alongside the royal residents, there have been equally fascinating characters among courtiers and servants. Queen Victoria opened the palace to the public in the nineteenth century, and since then millions of visitors have been drawn to Hampton Court by its grandeur, its beauty and the many intriguing stories of those great and small who once lived here.
Lucy Worsley is Chief Curator of Historic Royal Palaces. She is the author of several books, including If Walls Could Talk: An Intimate History of the Home (2011) and A Very British Murder (2013). She has presented numerous TV programmes about palace life and other history topics for the BBC.David Souden is a consultant in cultural heritage, history and learning. Between 2003 and 2013 he was Head of Access and Learning at Historic Royal Palaces, following an independent career in TV production, writing and history.