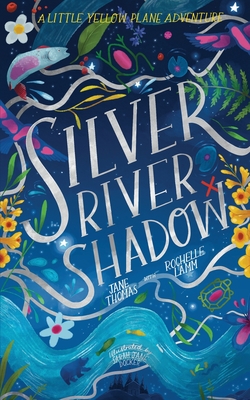 Based on a true story, this adventure about the importance of truth and friendship reveals Canada's darkest secrets. With gorgeous illustrations, this beautifully written book is perfect for 8+ fans of Katherine Rundell, Hannah Gold and Onjali Rauf.

'Silver River Shadow is a thing of beauty, living up to the promise of the gorgeous front cover.' Erica Field, Teaching and Learning Advisor (KS2 -4)

'...I can imagine I would have been enthralled by the journey had I read it as a child. I can already think of children who will devour this in one sitting and then nag me for another.' L Rigby, Primary Librarian

'...it was brilliant. It was a thought-provoking book that made me aware of issues I had no idea about.' Joanne Lovell, Assistant Headteacher

'The beginning is the moment before it all goes wrong...'

In 1946, Barney and Marion Lamm climbed into their two-seater plane and flew deep into the heart of the Canadian wilderness. Then one day the wonderful life they created was ripped apart.

Over seventy years later, their great-granddaughter Lizzie follows in their footsteps. Nobody ever tells Lizzie anything. Her mother's dead and her father's hiding in his work. Determined to know her family history, the truths she uncovers are laced with dangerous secrets.

Nobody must be allowed to know what happened. And nobody wants to take the blame.

Based on a true story and a real, raw quest for truth, Silver River Shadow shines a light on a country's darkest secrets and unveils the mercury tragedy that still affects the Ojibway community in Canada's northwestern Ontario today.

The creation of the book has been overseen by Barney and Marion Lamm's daughter, Rochelle, and reviewed by Ojibway readers living in and connected to Grassy Narrows.