The Little Book of World Mythology: A Pocket Guide To Myths And Legends (Paperback) 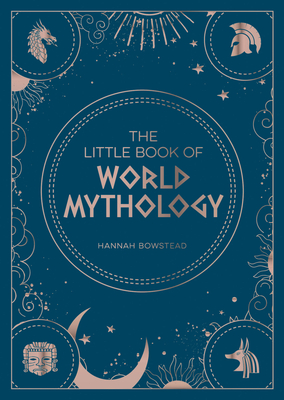 The Little Book of World Mythology: A Pocket Guide To Myths And Legends (Paperback)


On Our Shelves Now
This pocket guide offers readers an engaging and accessible introduction to the major world mythologies, exploring their origins, foundational stories and key mythological figures.

Step into a world of gods, heroes and monsters

Throughout history, mythologies have been fundamental to societies and cultures across the world. They are the collected stories of a people – the fascinating folk tales and the epic legends that shape the history and the beliefs of whole civilizations.

Learn how the Greeks won the ten-year Trojan war, how the Norse god Thor got his mighty hammer, and why the Aztecs made a daily human sacrifice to the sun god, Huitzilopochtli.

This is the perfect starting point for anyone looking to enrich and expand on their understanding of world history, religion, arts, literature and culture.

Hannah Bowstead works in a museum and enjoys writing about culture, crafting and navigating the pitfalls of modern life.