Gregory Palamas: The Hesychast Controversy and the Debate with Islam (Translated Texts for Byzantinists Lup) (Hardcover) 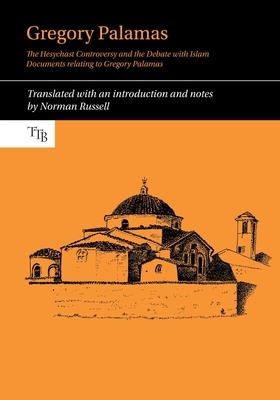 Gregory Palamas: The Hesychast Controversy and the Debate with Islam (Translated Texts for Byzantinists Lup) (Hardcover)


Email or call for price
Gregory Palamas, a monk of Mount Athos and metropolitan of Thessalonike from 1347 to 1357, was a leading fourteenth-century Byzantine intellectual. He was the chief spokesman for the hesychasts in the controversy bearing that name, which began when a charge of heresy was laid against him in 1340 and ended with his proclamation as a saint in 1368. Although excellent English translations of some of Palamas' theological writings are available, very few texts relating to his historical role have yet been translated. This book contains the first English translation of the contemporary Life of Palamas by Philotheos Kokkinos, which is our principal source of biographical information on him. Also translated into English for the first time are the Synodal Tomoi from 1341 to 1368, which chart the progress of the hesychast controversy from the viewpoint of the victors, together with the corpus of material relating to Palamas' year of captivity among the Turks, which offers a unique insight into conditions for Christians and Muslims in the early Ottoman emirate. The translations, all of which are based on critical texts, are preceded by introductions which set Palamas in his historical context and propose some changes to the conventional chronology of his life.

Norman Russell is Honorary Research Fellow of St Stephen's House, University of Oxford. His previous publications include The Doctrine of Deification in the Greek Patristic Tradition (Oxford, 2004) and Gregory Palamas and the Making of Palamism in the Modern Age (Oxford, 2019).