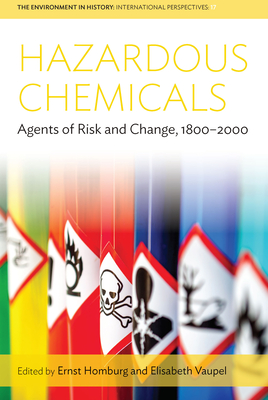 Although poisonous substances have been a hazard for the whole of human history, it is only with the development and large-scale production of new chemical substances over the last two centuries that toxic, manmade pollutants have become such a varied and widespread danger. Covering a host of both notorious and little-known chemicals, the chapters in this collection investigate the emergence of specific toxic, pathogenic, carcinogenic, and ecologically harmful chemicals as well as the scientific, cultural and legislative responses they have prompted. Each study situates chemical hazards in a long-term and transnational framework and demonstrates the importance of considering both the natural and the social contexts in which their histories have unfolded.

Ernst Homburg is Professor of History of Science and Technology Emeritus at Maastricht University. His scholarly work has included the co-editorship of two multivolume book series on the history of technology in the Netherlands, as well as of New Dictionary of Scientific Biography (2007), and Solvay: History of a Multinational Family Firm (2012, with Kenneth Bertrams and Nicolas Coupain).