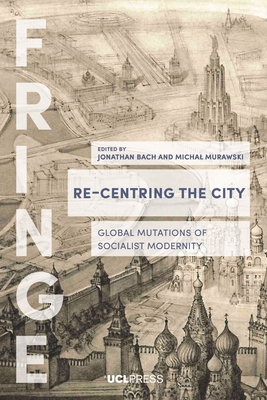 Re-Centring the City rethinks the concept of the center in studies of the urban across the social sciences and humanities. Through cases ranging from Moscow and Berlin to Mexico City, Cairo, and Chennai, the contributions explore the tension between forces of decentering and recentering as they reshape the political, economic, and social fabric of the urban and force us to reconsider the genealogy of the contemporary global city.
By drawing our attention back to the center as an object of analytical and empirical study, this book counters a long-term trend in both planning and urban scholarship that emphasizes decentralization as the hallmark of the twenty-first-century city. It argues that such a “centrifugal” turn in urban studies is neither empirically accurate nor normatively incontestable, especially when one looks beyond the West. Rather, as the contributions to this volume show, decentering obscures the ways in which the center continues to exert a powerful influence on cities of today. The concise chapters, situated at the intersection of urban studies, social anthropology, architecture, and art theory, provide new perspectives on the role of the center in defining the city’s terrain. Together, they constitute a collection of sharp, provocative interventions into debates about the transformation of global urban forms in the twenty-first century.

Jonathan Bach is professor of global studies at the New School in New York. He is the author, most recently, of What Remains and coeditor of Learning from Shenzhen.

Michal Murawski is assistant professor of critical area studies at the School of Slavonic and East European Studies, University College London. He is the author of Palace Complex.