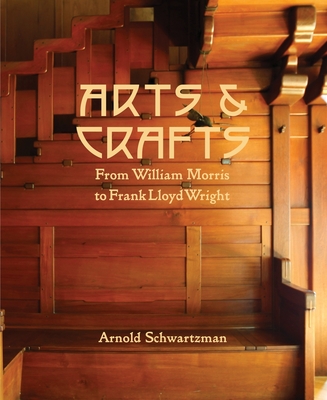 Following on from Art Deco, this is the second volume of Arnold Schwartzman’s trilogy on the architecture of the late 19th and early 20th Century, in which he focuses on a group of British craftsmen who decided to turn their backs on the mass production of the Industrial Revolution to form a "Round Table" in order to establish a means of returning to hand-crafted products. William Morris, Charles Rennie Mackintosh and in America, Frank Lloyd Wright, Louis Comfort Tiffany and Greene and Greene were among these like-minded artisans who wished in essence to create a movement which embodied a vision and style that returned to the Golden Age of craftsmanship.

Arnold Schwartzman is an Oscar-winning filmmaker, a noted graphic designer,and the author of a score of books. He was the Director of Design for the 1984 Los Angeles Olympic Games, and for many years has designed many of the key graphic elements for the annual Academy Awards. In 2010, he created the two murals for the Grand Lobby of Cunard's Queen Elizabeth.