A Voice as Soft as a Honey Bee's Flutter: Inspired by Psalm 46 (Hardcover) 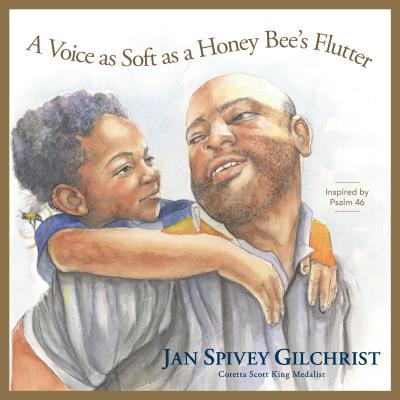 A Voice as Soft as a Honey Bee's Flutter: Inspired by Psalm 46 (Hardcover)


Email or call for price
Teaching children to know God and to hear His voice can be challenging. In A Voice as Soft as a Honey Bee's Flutter, you and your young readers alike will journey through the story of an African American boy who learns to hear God's voice in the busyness of everyday life. Your little ones will be encouraged to know God and hear His voice while learning to trust Him through the story inspired by Psalm 46.

Artist for nearly 90 books, Gilchrist's career spans almost 30 years. Her awards include Coretta Scott King Book Awards; Nathaniel Talking and Night on Neighborhood Street, two of almost 30 books Gilchrist illustrated for acclaimed author and Coretta Scott King Virginia Hamilton Lifetime Achievement award-winner Eloise Greenfield. Greenfield's highly celebrated The Great Migration: Journey to the North, a 2012 Coretta Scott King Author Honor Book boasts Jan's artistry. Gilchrist is an accomplished author; Indigo and Moonlight Gold, Madelia, Obama: The Day the World Danced are among her author and illustrator works. Gilchrist's poem graces My America, one of the collaborative works with famed illustrator Ashley Bryan. We Are Shining, written by Gwendolyn Brooks and illustrated by Gilchrist, is a Bank Street College of Education Best Children's Book 2018. Jan Spivey Gilchrist is blessed with an NAACP Image Award; the National Association of Black Storytellers, Inc. Zora Neale Hurston Award; and a 2016 Women That Soar Award. She was inducted into the International Hall of Fame for Writers of African Descent in 2000, and the Society of Illustrators in 2001. Her artistry has appeared on national television, in features and reviews in the New York Times, Boston Globe, Washington Post, L.A. Times, USA Today, Chicago Tribune, Ebony Magazine, at the Smithsonian Institute, and on America's White House grounds. Her degrees include a bachelors in Art Education, masters in painting, masters of fine arts in writing for children, and a doctoral degree in English. Jan is a wife, mother, and grandmother residing with husband, Dr. Kelvin Gilchrist.