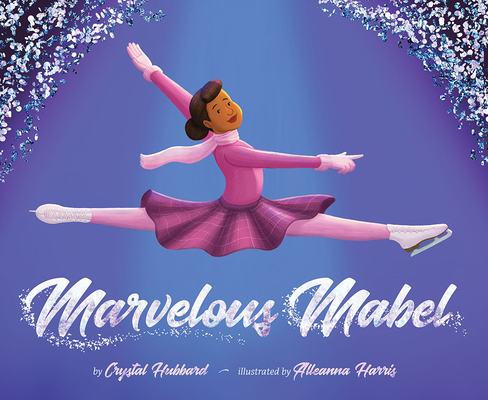 Meet Mabel Fairbanks, the skating superstar who became the first Black athlete inducted into the US Figure Skating Hall of Fame.

After watching ice skaters glide and spin at a rink in Central Park, Mabel Fairbanks was determined to learn to skate. But in the 1930s, many places didn't allow Black skaters on the ice, so Mabel practiced on a homemade rink in her bedroom There she learned how to perform sharp turns and whizzing spins of her own creation.

It wasn't long before Mabel needed more room to practice skating, and she returned to one of the rinks that denied her entrance. This time she refused to take no for an answer. She knew that if they just let her on the ice, she would be the most marvelous skater anyone had ever seen. And she was right, as her trailblazing talent continues to influence the sport today.

Written and illustrated with warmth and spirit, this is the true story of how Mabel Fairbanks's determination and grit led her to become America's first Black skating superstar.

Crystal Hubbard is a full-time writer and former sports journalist. Her Lee & Low titles The Last Black King of the Kentucky Derby, Catching the Moon: The Story of A Young Girl's Baseball Dreams, and Game, Set, Match: Champion Arthur Ashe have been recognized with several honors, including being named to Bank Street College's Best Children's Books of the Year and the ALA's Amelia Bloomer Project. Hubbard lives in Missouri with her family. You can find her on Twitter at @XstalBooks. Alleanna Harris is a children's book illustrator and artist who finds inspiration in the beauty of everyday things. As a kid, she would doodle on notebooks in school and on programs in church. She graduated from the University of the Arts with a BFA in animation with honors. Harris lives in New Jersey. Find out more about her at alleannaharris.com.