Understanding the Case Against Shukden: The History of a Contested Tibetan Practice (Paperback) 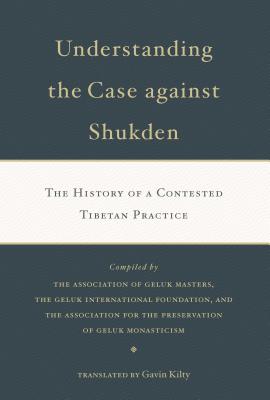 Understanding the Case Against Shukden: The History of a Contested Tibetan Practice (Paperback)

By Gavin Kilty (Translated by)


Email or call for price
Leaders of the Dalai Lama’s tradition illuminate the issues surrounding the Shukden controversy.

Before the twentieth century, the figure of Shukden, or Dölgyal, was an obscure one in the pantheon of Tibetan Buddhism’s many oracles and protectors. But after individuals within the Geluk tradition began to promote and disseminate the practice, division arose among Buddhists of different sects. Later, incidents within the exile community, as recounted in this book, prompted the Dalai Lama to investigate the practice more deeply. The fruits of this research are presented here, as are the statements made by His Holiness about it over the past forty years. Understanding the Case against Shukden uncovers the historical context behind this contentious practice, which dates back to the time of the Fifth Dalai Lama in the seventeenth century, and clarifies why the present Dalai Lama has been so vocal in countering it.

Understanding the Case against Shukden is a clarion call for unity among the Tibetan people and a vision for a more harmonious Tibetan Buddhist community.
Gavin Kilty has been a full-time translator for the Institute of Tibetan Classics since 2001. Before that he lived in Dharamsala, India, for fourteen years, where he spent eight years training in the traditional Geluk monastic curriculum through the medium of class and debate at the Institute of Buddhist Dialectics. He has also received commissions to translate for other institutions, such as the Foundation for the Preservation of Mahayana Teachings, Tibet House Germany, The Gelug International Foundation, and Tsadra Foundation.