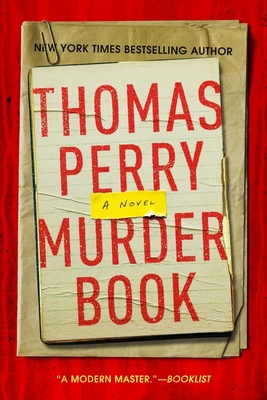 An ex-cop takes on a widespread criminal organization targeting Midwestern towns in this "master class in the craft of suspense" (New York Times) from the author of The Old Man.

When a sudden crime wave hits several small midwestern towns, the U.S. Attorney for the region calls on Harry Duncan to investigate. An ex-cop known for his unorthodox methods, Duncan is reluctant to go up against a widespread criminal organization—but the attorney in question is Ellen Leicester, the wife who left him fifteen years earlier, and to her, he can’t say no.

Initially brought in as a consultant to determine if the racketeering is severe enough to require an all-out investigation by the FBI, Duncan quickly finds himself in conflict with a syndicate far more violent than first suspected. As the investigation develops, he begins compiling a “murder book,” the notebook in which a detective keeps records, interviews, photos—everything he needs to build his case. But his scrutiny of the gang soon makes Duncan a target. And Ellen, too.

A thrilling and suspenseful tour of crime-addled midwestern towns, Murder Book is signature Thomas Perry, with characters you won’t soon forget, crisply-described action sequences, and breathlessly-tense plotting that will keep you racing through the pages.

Thomas Perry is the bestselling author of over twenty novels, including the critically acclaimed Jane Whitefield series, The Old Man, and The Butcher’s Boy, which won the Edgar Award. He lives in Southern California.
A master of nail-biting suspense.
— Los Angeles Times

Mr. Perry’s characters come to life with a single sentence.… He’s one of the greatest living writers of suspense fiction.
— New York Sun

The pages melt away as the story maintains a breathless pace throughout. This is further proof that Perry is a dominating force in the world of contemporary suspense thrillers.
— Publishers Weekly

Top-drawer thrills from an author whose hard-nosed hero is as professional as he is.
— Kirkus