The Memory of Babel: Book Three of the Mirror Visitor Quartet (Hardcover) 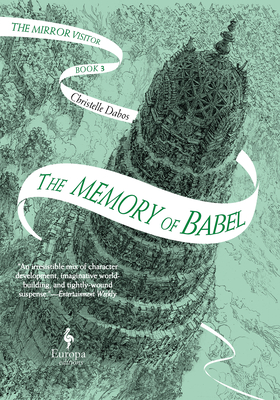 The Memory of Babel: Book Three of the Mirror Visitor Quartet (Hardcover)

"The Mirror Visitor stands on the same shelf as Harry Potter."--Elle Magazine

In this gripping third volume of the Christelle Dabos's best-selling saga, Ophelia, the mirror-traveling heroine, finds herself on the ark of Babel guarding a secret that may provide a key both to the past and the future.

After two years and seven months biding her time on Anima, her home ark, it is finally time to act, to put what she has discovered in the Book of Farouk to use. Under an assumed identity she travels to Babel, a cosmopolitan and thoroughly modern ark that is the jewel of the universe.

Will Ophelia's talent as a reader suffice to avoid being lured into a deadly trap by her ever more fearful adversaries? Will she ever see Thorn, her betrothed, again?

Christelle Dabos was born on the Côte d'Azur in 1980 and grew up in a home filled with classical music and historical games. She now lives in Belgium. A Winter's Promise, her debut novel, won the Gallimard Jeunesse-RTL-Télérama First Novel Competition in France, and was named a Best Book of the Year by critics and publications in the US, including Entertainment Weekly, Bustle, Publishers Weekly, and Chicago Review of Books. A Winter's Promise was also named the #1 Sci-Fi/Fantasy title of the year by the editors of the Amazon Book Review.