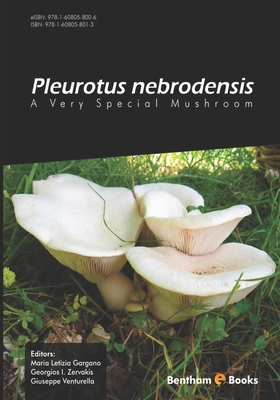 
Usually Arrives to Store in 1-5 Days
First described by Giuseppe Inzenga in 1863 as "the most delicious mushroom of the Sicilian mycological flora", Pleurotus nebrodensis remains today a prized species, especially in the Mediterranean. Pleurotus nebrodensis was sought after since ancient times as a delicious mushroom in the Madonie mountains of Sicily. Tourists and local people can appreciate the organoleptic qualities of the mushrooms in restaurants where delicious cuisine are prepared with raw or cooked mushrooms. However, its appearance and numbers are declining in nature and this species has been categorized as 'CR' (Critically Endangered) according to IUCN Red List Criteria. In situ conservation action for this fungus is being carried out thanks to rules issued by the Madonie Park administration prohibiting its collection as well as inoculation of roots of the associated plant C. ferulacea with grain mycelia of P. nebrodensis in the hope of increasing mushroom fructification in the wild. Ex situ conservation of P. nebrodensis has also started and involves cultivation of the mushroom in special farms in the hope of reducing collecting pressures on the species in the wild. Ex situ cultivation of P. nebrodensis also provides additional income for local farmers, who can offer a more economical product than that collected from the wild, and this in turn reduces pressure on the wild population. This e-book is an excellent resource for amateur and professional mycologists for learning scientific information about the family Pleurotaceae with particular reference to the taxonomic group "Pleurotus on Apiaceae plants" and the "Pleurotus eryngii species-complex" and is also suitable for university students for useful insights in botany, microbiology, mycology, agronomy, and forestry. Pleurotus Nebrodensis: A Very Special Mushroom also gives both general and specialized readers a glimpse into the selected history of mycology, folk traditions, preservation of biodiversity, sustainable development, information on mushroom cultivation techniques and alternative sources of income associated with this intriguing mushroom species.