The Polkinghorne Reader: Science, Faith, and the Search for Meaning (Paperback) 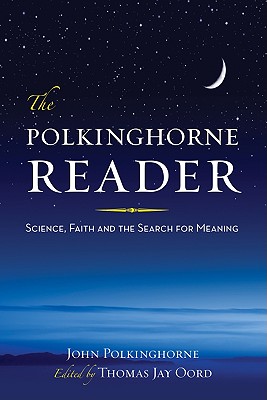 The Polkinghorne Reader: Science, Faith, and the Search for Meaning (Paperback)

The Revd. Dr. John Polkinghorne is a world-renowned authority in the field of science and religion. His numerous books in this area, written over the past three decades, have been hugely influential. The Polkinghorne Reader brings together key extracts from his writings on core issues such as the nature of science, the physical world, human nature, love, theology, creation, providence, prayer and miracle, time, evil, Jesus, the resurrection, the Trinity, eschatology, and world faiths.
Ideal for readers who are new to Polkinghorne or who are just beginning to explore the interplay between science and religion, this collection will also be welcomed by all who have read his earlier works but would like one handy resource that presents the major facets of his thought in an accessible and systematic fashion.

John C. Polkinghorne is an Anglican priest, a fellow of the Royal Academy past president of Queens’ College, Cambridge University, and former professor of mathematical physics at Cambridge. Polkinghorne resigned his chair in physics to study for the Anglican priesthood. After completing his theological studies and serving at parishes, he returned to Cambridge. In 1997, Dr. Polkinghorne was knighted by Queen Elizabeth II for distinguished service to science, religion, learning, and medical
ethics. He was the recipient of the 2002 Templeton Prize. He lives in Cambridge, United Kingdom.

Thomas Jay Oord is professor of theology and philosophy at Northwest Thomas Jay Oord, PhD, is an ordained minister and professor of theology and philosophy at Northwest Nazarene University in Nampa, Idaho. In addition to books published by Templeton Press, Dr. Oord has written and edited a dozen books, including Defining Love: A Philosophical, Scientific, and Theological Engagement (Brazos Press) and The Nature of Love: A Theology (Chalice Press). He and his wife, Cheryl, have three daughters.