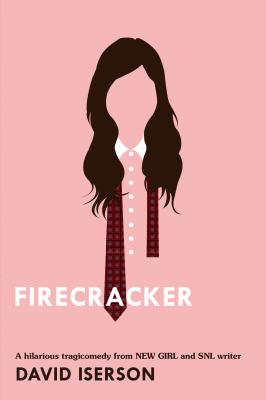 Being Astrid Krieger is absolutely all it's cracked up to be.

She lives in a rocket ship in the backyard of her parents' estate.

She was kicked out of the elite Bristol Academy and she's intent on her own special kind of revenge to whomever betrayed her.

She only loves her grandfather, an incredibly rich politician who makes his money building nuclear warheads.

"We think you should go to the public school," Dad said.

This was just a horrible, mean thing to say. Just hearing the words "public school" out loud made my mouth taste like urine (which, not coincidentally, is exactly how the public school smells).

Will Astrid finally meet her match in the form of public school? Will she find out who betrayed her and got her expelled from Bristol? Is Noah, the sweet and awkward boy she just met, hiding something?
David Iserson has written for Fox’s New Girl as well as Saturday Night Live, NBC’s Up All Night, and Showtime’s United States of Tara. David lives in Los Angeles with his wife and her terrifying collection of taxidermy and their dog, Bacon. Firecracker is his first novel. Find out more at davidiserson.com and follow him on Twitter @davidiserson

"Not your everyday poor-little-rich-girl story... Being called a firecracker is a derogatory term as far as Astrid is concerned, but for readers it simply means entertaining."     --Kirkus (starred review)