The Ecology of Wisdom: Writings by Arne Naess (Paperback) 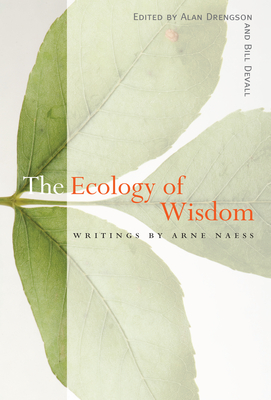 The Ecology of Wisdom: Writings by Arne Naess (Paperback)


Email or call for price
A founder of the Deep Ecology Movement, Arne Naess' has produced articles on environmentalism that have provided unmatched inspiration for ecologists, philosophers, and activists worldwide. This collection amasses a definitive group of Naess' most important works in which he calls for nonviolent, cooperative action to protect the Earth. Rich with observations, insights, and anecdotes, Naess' writings draw from Eastern religious practices, Gandhian nonviolent direct action, and Spinozan unity systems. Playful and compassionate in tone, Ecology of Wisdom showcases Naess' exceptional enthusiasm, wit, and spiritual fascination with nature, while educating each of us about the steps we must take to rescue the planet and illuminating the relevance of this important environmental advocate.
Arne Naess is a widely celebrated Norwegian philosopher and activist whose long career includes a prestigious professorship in the University of Oslo's philosophy department, continuing activism in social and ecological issues, and major contributions to the development of the Deep Ecology Movement. His many books include Ecology, Community, and Lifestyle, Life's Philosophy , and Four Modern Philosophers . He is currently Professor Emeritus at the University of Oslo and a Fellow of their Center for Development and Environment.

Bill Devall is emeritus professor of sociology at Humboldt State University, Arcata, California. He is the author of numerous books on deep ecology, including Deep Ecology: Living as if Nature Mattered and Simple in Means, Rich in Ends: Practicing Deep Ecology. He is also the editor–in–chief of Clearcut: The Tragedy of Industrial Forestry.

Alan Drengson is emeritus professor of philosophy and adjunct professor of environmental studies at the University of Victoria in Canada. He is the founding editor of The Trumpeter: Journal of Ecosophy and Ecoforestry, as well as coeditor of three anthologies, The Philosophy of Society, The Deep Ecology Movement, and Ecoforestry. Most recently, he oversaw the completion of the Selected Works of Arne Naess, a ten–volume collection of Naess's writings.
"A well–written, thought provoking set of works from a man who is a national hero of sorts in Norway, but has yet to really make his mark here in the United States. With luck, this collection will help to change that . . . The essays written with a particularly light–hearted, even playful, tone still manage to get their point across and are a cause for reflection by the reader." —Elephant Journal

"The Ecology of Wisdom only hints at the breadth and power of [Naess's] thought . . . At a time when the environment hangs in the balance and it's tempting to give in to despair, these sturdy, hopeful writings from an ecological philosopher and peace activist are more necessary than ever." —Orion