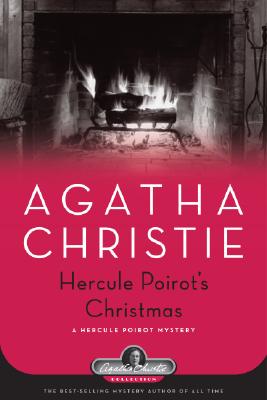 
Email or call for price
The holidays can be murder—and just in time for yuletide 2008 comes this holiday edition of one of Agatha Christie's most popular and confounding mysteries.

The wealthy Simeon Lee has demanded that all four of his sons—one faithful, one prodigal, one impecunious, one sensitive—and their wives return home for Christmas. But a heartwarming family holiday is not exactly what he has in mind. He bedevils each of his sons with barbed insults and finally announces that he is cutting off their allowances and changing his will. So when the old man is found lying in a pool of blood on Christmas Eve, there is no lack of suspects. Did Lee's taunts push one of the boys to a desperate act? And how did the murderer escape from the locked room? Intrepid Belgian detective Hercule Poirot suspends his own holiday festivities to sift through the motives and evidence surrounding the crime.
Agatha Christie was born in 1890 and created the detective Hercule Poirot in her debut novel, The Mysterious Affair at Styles (1920). She achieved wide popularity with The Murder of Roger Ackroyd (1926) and produced a total of eighty novels and short-story collections over six decades. Twenty-four of Christie's best whodunits are now available from Black Dog & Leventhal as part of their bestselling hardcover Agatha Christie Collection.
"How dreadful that the holidays should begin with a wailing scream and a deathly gurgle! Never has Poirot's mighty brain functioned more brilliantly than in Hercule Poirot's Christmas."—The New York Times