Where Buddhism Meets Neuroscience: Conversations with the Dalai Lama on the Spiritual and Scientific Views of Our Minds (Core Teachings of Dalai Lama #3) (Paperback) 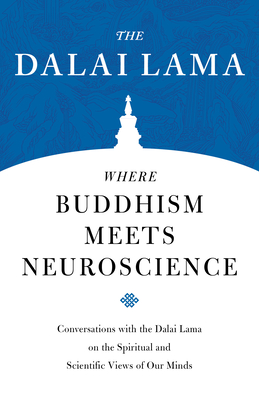 Where Buddhism Meets Neuroscience: Conversations with the Dalai Lama on the Spiritual and Scientific Views of Our Minds (Core Teachings of Dalai Lama #3) (Paperback)

This is book number 3 in the Core Teachings of Dalai Lama series.

This book, designed as a conversation between the Dalai Lama and Western neuroscientists, takes readers on a journey through opposing fields of thought--showing that they may not be so opposing after all.

Is the mind an ephemeral side effect of the brain’s physical processes? Are there forms of consciousness so subtle that science has not yet identified them? How does consciousness happen? Organized by the Mind and Life Institute, this discussion addresses some of the most troublesome questions that have driven a wedge between Western science and religion. Edited by Zara Houshmand, Robert B. Livingston, and B. Alan Wallace, Where Buddhism Meets Neuroscience is the culmination of meetings between the Dalai Lama and a group of eminent neuroscientists and psychiatrists. The Dalai Lama’s incisive, open-minded approach both challenges and offers inspiration to Western scientists.

This book was previously published under the title Consciousness at the Crossroads.
THE DALAI LAMA is considered the foremost Buddhist leader of our time. The exiled spiritual head of the Tibetan people, he is a Nobel Peace Laureate, a Congressional Gold Medal recipient, and a remarkable teacher and scholar who has authored over one hundred books.