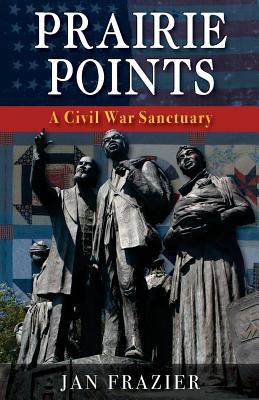 
Usually Arrives to Store in 1-5 Days
The Christoph Dully family entered the New World in 1859 from Germany on the cusp of the Civil War, which would soon completely engulf the United States. Settling in Elm Grove, Illinois-in the heart of the Midwest and the center of Abe Lincoln's homeland-Christoph and his son Michael immediately become involved in the dangerous activities of the Underground Railroad, established to aid Black slaves escape bondage from the Confederate States.Based on true stories of not only the Christoph Dully family but also of those struggling, fighting and surviving during the Civil War-combined with actual scenarios from the Underground Railroad-"Prairie Points: A Civil War Sanctuary" is an historical novel that will enlighten as well as entertain.
Jan Frazier has been in the field of teaching for nearly forty years, first at the secondary level and currently at the university level. She has lived in Holland and still travels to Europe every year under the guise that she needs more information for her novels and creative nonfiction books, most of which have been set in Europe. She had the honor of taking high school students abroad for fifteen years and now has the privilege of taking Bradley University students to London during the January Interim. She has always believed that only so much can be taught within the four walls of the classroom, and then the students need to get into the world and "see" for themselves. Frazier has been honored with various awards for teaching as well as for her writing abilities. She has twenty books to her credit and continues to enjoy both teaching and writing.