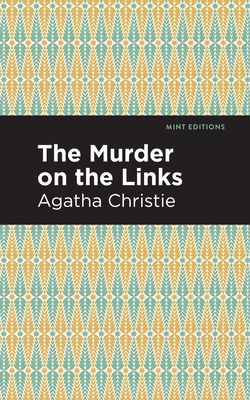 "Agatha Christie must surely be the most imitated author in the entire canon of literature - what greater acclaim could there be?" -Peter James

Paul Renauld sends for Hercule Poirot, who arrives to find his host dead in a newly dug grave. Can the master sleuth sort through a bewildering array of clues and outfox an unfriendly police officer to find the almost perfectly hidden identity of the murderer?

Agatha Christie's legendary sleuth Hercule Poirot returns only to find his would-be employer slain, too many suspects, and his refined investigative technique dismissed by the detective leading the local police investigation. The two butt heads, competing to solve the crime until a second corpse turns up, slain in the exact same fashion as the first. It takes Poirot's razor-keen insight and deep knowledge of the history of crime to tie both killings to another as he brilliantly works toward an unexpected conclusion. Upon its original publication in 1923, the novel was greeted with great acclaim as a superbly structured mystery that was all but certain to baffle readers. This, the second investigation of Hercule Poirot, follows The Mysterious Affair at Styles, which is also available from Mint Editions.

With an eye-catching new cover, and professionally typeset manuscript, this edition of Murder on the Links is both modern and readable.