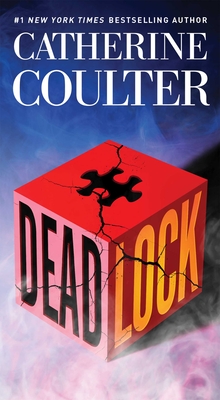 This is book number 24 in the An FBI Thriller series.

A young wife is forced to confront a decades-old deadly secret when a medium connects her to her dead grandfather.

A vicious psychopath wants ultimate revenge against Savich, but first, she wants to destroy what he loves most—his family.

A series of three red boxes are delivered personally to Savich at the Hoover Building, each one containing puzzle pieces of a town only FBI agent Pippa Cinelli recognizes. Savich sends in Cinelli to investigate undercover but someone knows who she is.

Savich and Sherlock are up to their eyebrows in danger, but first they figure must out the red box puzzle and the young wife’s secret before it’s too late in this unputdownable “thriller from start to finish…with so many different surprises and excitement all the way to the climax” (The Reading Café).
Catherine Coulter is the #1 New York Times bestselling author of eighty-four novels, including the FBI Thriller series and The Brit in the FBI international thriller series, cowritten with J.T. Ellison. Coulter lives in Sausalito, California, with her Übermensch husband and their two noble cats, Peyton and Eli. You can reach her at ReadMoi@Gmail.com or visit Facebook.com/CatherineCoulterBooks.