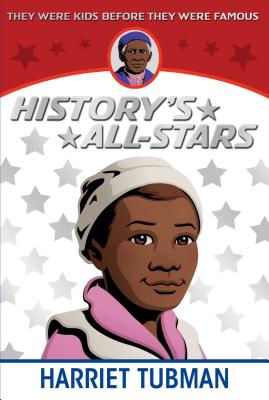 
Email or call for price
Experience the childhood of Harriet Tubman, a true American history all-star who grew up to be a hero of the antislavery movement and who guided many slaves to freedom on the Underground Railroad.

As a young woman, Harriet Tubman escaped from slavery by traveling the Underground Railroad. But instead of staying safely in the North, she made it her mission to rescue her family and others who were still enslaved, earning the nickname “Moses” for guiding so many to freedom. She went on to serve in the Union Army and as a scout and a spy, and she was the first woman to lead an armed expedition—one that liberated more than 700 slaves in South Carolina.

This narrative biography explores the childhood of Harriet Tubman, who was born to enslaved parents and whose early life was full of hardship. One of nine children, the values and influences impressed upon Harriet as a child helped shape her into the American hero she became.
Kathleen Kudlinski was born in Pennsylvania. When she grew up, she studied art and biology at the University of Maine. She became a science teacher, but when she stopped teaching, she tried writing. She is the author of books about Rosa Parks, Franklin Delano Roosevelt, Dr. Seuss, and many more.