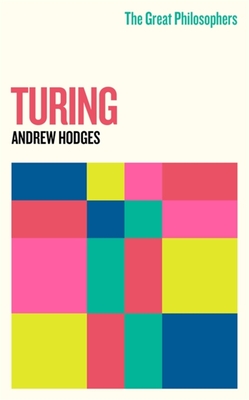 From WW2 code-breaker to Artificial Intelligence - a fascinating account of the remarkable Alan Turing.

Alan Turing's 1936 paper On Computable Numbers was a landmark of twentieth-century thought. It not only provided the principle of the post-war computer, but also gave an entirely new approach to the philosophy of the mind.

Influenced by his crucial codebreaking work during the war, and by practical pioneering of the first electronic computers, Turing argued that all the operations of the mind could be performed by computers. His thesis is the cornerstone of modern Artificial Intelligence.

Andrew Hodges gives a fresh analysis of Turing's work, relating it to his extraordinary life.

Andrew Hodges is Emeritus Fellow in Mathematics at Wadham College, Oxford University. His classic text of 1983, since translated into several languages, created a new kind of biography, with mathematics, science, computing, war history, philosophy and gay liberation woven into a single personal narrative. He is an active contributor to the mathematics of fundamental physics, as a follower of Roger Penrose. See www.turing.org.uk for further material.
The virtue of these deceptively brief books is that they are the real thing—EVENING STANDARD

Rarely have intellectual sophistication and complexity come so cheap—FINANCIAL TIMES