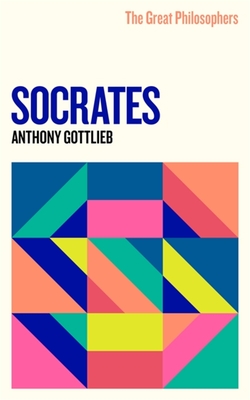 'If you put me to death,' Socrates warned his Athenian judges, 'you will not easily find anyone to take my place.'

So indeed it would prove, a single cup of hemlock robbing the western philosophical tradition of its founding father. Yet Socrates' influence was not so easily to be done away with. His words were lovingly recorded by his devoted disciple Plato, and his teachings have survived for twenty-seven centuries.

His sense of education as self-discovery and his view of philosophy as preparation for life have been the stuff of western thought at its best. So completely did Socrates embody these values, he was prepared to die in their defence.

Anthony Gottlieb is the author of The Dream of Reason: A History of Western Philosophy from the Greeks to the Renaissance and The Dream of Enlightenment: The Rise of Modern Philosophy. He is a former executive editor of The Economist and former Fellow of All Souls College, Oxford.
Rarely have intellectual sophistication and complexity come so cheap—FINANCIAL TIMES