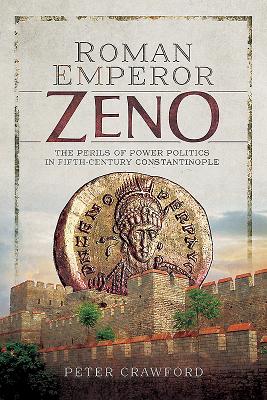 
Email or call for price
Peter Crawford examines the life and career of the fifth-century Roman emperor Zeno and the various problems he faced before and during his seventeen-year rule. Despite its length, his reign has hitherto been somewhat overlooked as being just a part of that gap between the Theodosian and Justinianic dynasties of the Eastern Roman Empire which is comparatively poorly furnished with historical sources.

Reputedly brought in as a counterbalance to the generals who had dominated Constantinopolitan politics at the end of the Theodosian dynasty, the Isaurian Zeno quickly had to prove himself adept at dealing with the harsh realities of imperial power. Zeno's life and reign is littered with conflict and politicking with various groups - the enmity of both sides of his family; dealing with the fallout of the collapse of the Empire of Attila in Europe, especially the increasingly independent tribal groups established on the frontiers of, and even within, imperial territory; the end of the Western Empire; and the continuing religious strife within the Roman world. As a result, his reign was an eventful and significant one that deserves this long-overdue spotlight.