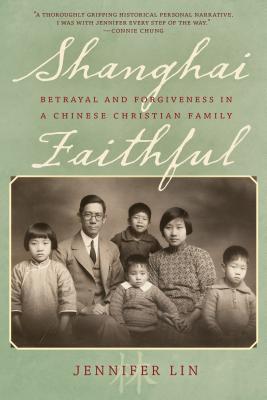 
Email or call for price
Within the next decade, China could be home to more Christians than any country in the world. Through the 150-year saga of a single family, this book vividly dramatizes the remarkable religious evolution of the world's most populous nation. Shanghai Faithful is both a touching family memoir and a chronicle of the astonishing spread of Christianity in China. Five generations of the Lin family--buffeted by history's crosscurrents and personal strife--bring to life an epoch that is still unfolding. A compelling cast--a poor fisherman, a doctor who treated opium addicts, an Ivy League-educated priest, and the charismatic preacher Watchman Nee--sets the book in motion. Veteran journalist Jennifer Lin takes readers from remote nineteenth-century mission outposts to the thriving house churches and cathedrals of today's China. The Lin family--and the book's central figure, the Reverend Lin Pu-chi--offer witness to China's tumultuous past, up to and beyond the betrayals and madness of the Cultural Revolution, when the family's resolute faith led to years of suffering. Forgiveness and redemption bring the story full circle. With its sweep of history and the intimacy of long-hidden family stories, Shanghai Faithful offers a fresh look at Christianity in China--past, present, and future.
Jennifer Lin is an award-winning journalist and former reporter for The Philadelphia Inquirer. In a distinguished thirty-year career, she served as the paper's New York financial correspondent, Washington foreign affairs reporter, and Asia bureau chief, based in China.