The Girl on the Train (Large Print / Paperback) 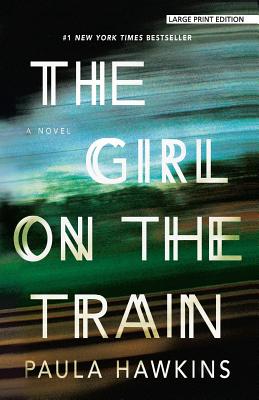 The Girl on the Train (Large Print / Paperback)

“This is one of the most compelling thrillers I have read in years! With alternating perspectives ranging from the fantasies of a young woman who watches a couple from the window of her train commute every day, to the true story of the couple themselves, and a missing person case, the reader is plunged into a twisting, turning mystery of deception and misdirection. Rarely have there been so many shocking revelations in a single novel! Just when you believe you have a grasp on the entire mystery, Hawkins pulls the rug out from under you with yet another breathtaking plot revelation. An exceptional read!”
— William Carl, Books On The Square, Providence, RI

A New York Times best-selling novel turned psychologically twisted movie, The Girl on the Train is one I knew would shock from the very first chapter. Centered around an unreliable narrator, this novel documents the lives she believes she sees, and the ones she eventually becomes obsessed with, from the train window on her way to work. When she sees something alarming and decides to take on solving the issue for herself, she finds the world she thought she knew beginning to unravel. This debut thriller isn’t one to miss.