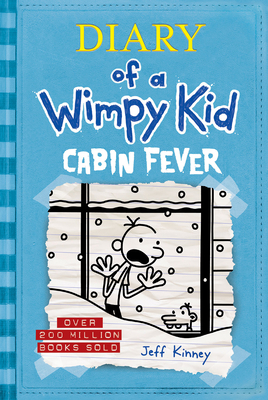 This is book number 6 in the Diary of a Wimpy Kid series.

Greg Heffley is in big trouble. School property has been damaged, and Greg is the prime suspect. But the crazy thing is, he’s innocent. Or at least sort of.
The authorities are closing in, but when a surprise blizzard hits, the Heffley family is trapped indoors. Greg knows that when the snow melts he’s going to have to face the music, but could any punishment be worse than being stuck inside with your family for the holidays?

Jeff Kinney is a #1 New York Times bestselling author of the Diary of a Wimpy Kid series and the Awesome Friendly Kid series. He is a six-time Nickelodeon Kids’ Choice Award winner for Favorite Book and has been named one of Time magazine’s 100 Most Influential People in the World. He spent his childhood in the Washington, D.C., area and moved to New England, where he and his wife own a bookstore named An Unlikely Story.