The Valley of Secrets (Paperback) 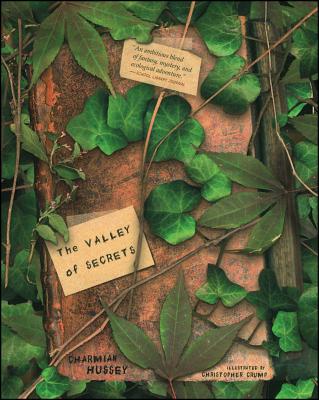 The Valley of Secrets (Paperback)


Usually Arrives to Store in 1-5 Days
Stephen Lansbury is an orphan. He thinks he has no relatives at all -- until the day a letter arrives telling him that a distant uncle is dead. Suddenly Stephen finds himself the only heir to a great estate in the countryside. So Stephen sets off to claim his inheritance . . . but when he arrives, there is nothing to greet him at Lansbury Hall but a mystery.

The puzzle is as tangled as the vines on the hall's front gate, but two things are clear: Stephen's uncle kept to himself, and none of the townspeople knows he's dead. But why does Stephen feel that something or someone is in the house?

To escape the slightly creepy feeling that someone is lurking, Stephen starts to read his great-uncle's diary. And a fantastic truth unfolds. Soon Stephen is sure: While the mystery of Lansbury Hall is stranger than he could have imagined, it's not nearly as incredible as reality. . . .
Charmian Hussey trained as an archaeologist at the University of London, through which she worked on excavations in Great Britain and the Middle East. This interest in the indigenous tribal peoples of the world led to a deep concern for their futures. The Valley of Secrets combines her understanding and passion for indigenous concerns with her love of the Cornish countryside in England, where she now lives and farms with her husband, John.

Christopher Crump abandoned his office job to pursue his dream of being an artist. He earned a B.A. degree in illustration at Falmouth College of Arts in Cornwall, England, and has just completed an M.A. in illustration: authorial practice. He lives in England.
"An ambitious blend of fantasy, mystery, and ecological adventure." -- School Library Journal