Live Your Best Lie (Like Me Block You) (Hardcover) 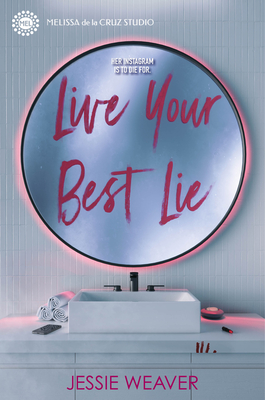 Live Your Best Lie (Like Me Block You) (Hardcover)


On Our Shelves Now
Sometimes the prettiest Instagram feeds mask the darkest, and bloodiest, secrets.

Social media influencer Summer Cartwright leads a very charmed life: millions of followers, the hottest designer and vintage clothes at her fingertips, a newly minted book deal, the coolest friends, and, until recently, the hottest boyfriend at her über-elite prep school. Every moment of her life has been carefully planned and cultivated to complement her “imperfectly perfect” social media persona. She is truly #LivingHerBestLife.

But when Summer goes missing during her annual Halloween party and then an unscheduled post appears on her feed stating that she’ll be dead within the next five minutes, those closest to Summer know something isn’t quite right—or on-brand. Grace, Summer’s camera-shy best friend; Adam, Summer’s gamer ex-boyfriend; Laney, Summer’s moody camp roommate; and Cora, an influencer wannabe, all decide to investigate. And when they come upon Summer’s lifeless body, they soon realize that no filter is strong enough to mask the lies we tell ourselves.


Told in multiple POVs interspersed with social media posts and flashbacks, Live Your Best Lie has twists and turns that will keep readers turning the page and no one will be able to guess the ending.
Before writing about flawed, funny teens with big hearts, Jessie Weaver spent ten years teaching them English. She completed the Stanford University online novel writing program in 2019. Though she’s an East Coast girl at heart, originally from Baltimore, MD, she currently lives just outside Denver, Colorado with her husband and two daughters. Live Your Best Lie is her first novel.
A debut that keeps throwing curveballs with lies to piece together and mysteries to unravel.—Kirkus

Debut author Weaver clearly knows how to dole out clues and secrets at a perfect pace to keep readers hooked. While the ending thoroughly satisfies, more is promised to come in this continuing series. A must-read for those who love well-crafted whodunits, true crime, and juicy secrets.—School and Library journal

I could not put down Jessie Weaver’s timely, hilarious, thrilling read—twisty and snarky in all the best ways, like One of us is Lying meets Gossip Girl! Pack your beach bags with this Instagram-ready beauty and get ready to live your best lie online!—Melissa De La Cruz, New York Times bestselling author

Weaver expertly crafts a serpentine plot that moves without tarrying from one suspect to the next. Rapid-fire, wickedly biting dialogue and an almost suffocating air of uncertainty and stratagem cultivate a gossipy debut, which capitalizes on present-day social media obsession and one’s ability to take control of their own narrative.—Publisher's Weekly