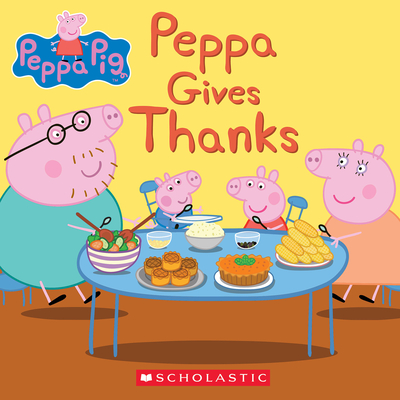 
On Our Shelves Now
Peppa learns to be thankful in this storybook based on the hit Nick Jr. TV show, including a thankful card to fill in yourself!Peppa Pig has so much to be thankful for!Suzy Sheep has a new teddy bear, and Peppa wants one, too! Mummy and Daddy Pig remind Peppa that she already has her own teddy--and so much more!This storybook includes an exclusive Peppa Pig card for readers to fill in what they are most thankful for. Based on the hit Nick Jr. television show!
Meredith Rusu lives in New Jersey with her husband and two young sons. She is the author of more than one hundred children's books for licenses such as LEGO, Disney/Pixar, Captain Underpants, and Star Wars. She is also the author of the DATA Set series under the name Ada Hopper. When she isn't writing, Meredith enjoys singing karaoke, spending time with family, and going on the occasional adventure or two.