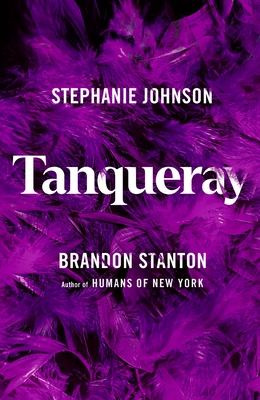 The storytelling phenomenon Humans of New York and its #1 bestselling books have captivated a global audience of millions with personal narratives that illuminate the human condition. But one story stands apart from the rest...

She is a woman as fabulous, unbowed, and irresistible as the city she lives in.

In 2019, Humans of New York featured a photo of a woman in an outrageous fur coat and hat she made herself. She instantly captured the attention of millions. Her name is Stephanie Johnson, but she’s better known to HONY followers as “Tanqueray,” a born performer who was once one of the best-known burlesque dancers in New York City. Reeling from a brutal childhood, immersed in a world of go-go dancers and hustlers, dirty cops and gangsters, Stephanie was determined to become the fiercest thing the city had ever seen. And she succeeded.

Real, raw, and unapologetically honest, this is the full story of Tanqueray as told by Brandon Stanton—a book filled with never-before-told stories of Tanqueray's struggles and triumphs through good times and bad, personal photos from her own collection, and glimpses of New York City from back in the day when the name “Tanqueray” was on everyone’s lips.

BRANDON STANTON is the creator of the #1 New York Times bestselling books Humans, Humans of New York, and Humans of New York: Stories as well as the children's book, Little Humans. His photography and storytelling blog is followed by a global audience of over thirty million people across several social media platforms. In addition to sharing thousands of stories from around the world, the blog has raised over $30 million for featured individuals and nonprofits. Stanton is a graduate of the University of Georgia and lives in New York City.

STEPHANIE JOHNSON is best known as "Tanqueray," the burlesque dancer who conquered NYC in the seventies and the hearts of Humans of New York fans in 2020. She lives in Manhattan.

“Outrageously funny, raw and unfiltered, and quintessentially New York City, the true-life story of Tanqueray will seduce and fascinate you.” —Reader's Digest

"Hypnotizing . . . this has it all: humor, intrigue, and heart." —Publishers Weekly