A Wife's Revenge: The True Story of Susan Wright and the Marriage That Ended in Murder (Paperback) 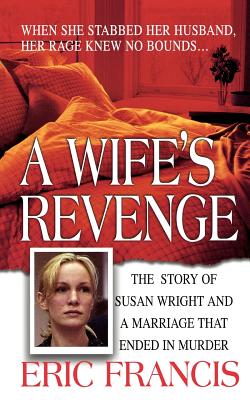 A Wife's Revenge: The True Story of Susan Wright and the Marriage That Ended in Murder (Paperback)

Susan Wright was a victim...who admitted to killing her husband Jeffrey in their Harris County home in 2003, by stabbing him to death in self-defense. She recounted a harrowing tale of domestic abuse-one that the raging mother of two finally brought to an end-her way.

But prosecutors had a story of their own...

Susan Wright was a seductress...who set the mood for kinky sex with her unsuspecting husband. After tying Jeffrey to the bed, Susan straddled him, stabbed him 193 times with a butcher knife, then buried his body in a makeshift grave in their backyard.

Justice would not come easy. The fury was just beginning.

The bloodstained theatrics that unfolded in the Houston courtroom would stun jurors, make national headlines, and brand Susan Wright as both a desperate martyr on the edge and
a brutal killer who would be brought to justice.

Eric Francis is a freelance reporter and photojournalist whose work has appeared in dozens of newspapers and magazines in over 30 countries. A staff correspondent for People Magazine, Francis has also covered several notable murder cases for The New York Times, The Boston Globe, and Time Magazine. His books include Broken Vows and The Dartmouth Murders. He lives on the Vermont-New Hampshire border and was one of the first reporters on the scene of the Zantop double homicide in January 2001.