Spacetime and Geometry: An Introduction to General Relativity (Hardcover) 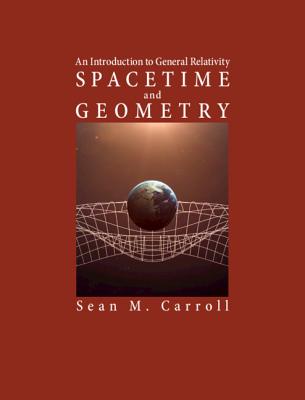 Spacetime and Geometry: An Introduction to General Relativity (Hardcover)


Usually Arrives to Store in 1-5 Days
Spacetime and Geometry is an introductory textbook on general relativity, specifically aimed at students. Using a lucid style, Carroll first covers the foundations of the theory and mathematical formalism, providing an approachable introduction to what can often be an intimidating subject. Three major applications of general relativity are then discussed: black holes, perturbation theory and gravitational waves, and cosmology. Students will learn the origin of how spacetime curves (the Einstein equation) and how matter moves through it (the geodesic equation). They will learn what black holes really are, how gravitational waves are generated and detected, and the modern view of the expansion of the universe. A brief introduction to quantum field theory in curved spacetime is also included. A student familiar with this book will be ready to tackle research-level problems in gravitational physics.
Sean Carroll is an assistant professor in the Physics Department, Enrico Fermi Institute, and Center for Cosmological Physics at the University of Chicago. His research ranges over a number of topics in theoretical physics, focusing on cosmology, field theory, and gravitation. He received his Ph.D. from Harvard in 1993, and spent time as a postdoctoral researcher at the Center for Theoretical Physics at MIT and the Institute for Theoretical Physics at the University of California, Santa Barbara. He has been awarded fellowships from the Sloan and Packard foundations, as well as the MIT Graduate Student Council Teaching Award. For more information, see his Web site at http: //pancake.uchicago.edu/ carroll