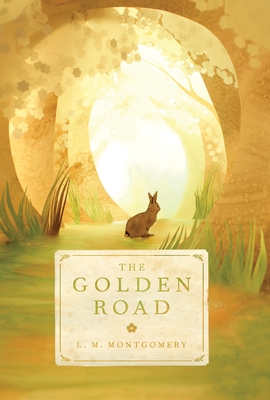 
Usually Arrives to Store in 1-5 Days
The definitive paperback editions of L.M. Montgomery's beloved novels get a brand-new look for the next hundred years!


On a blustery November day the King children and Sara, the Story Girl, come up with a great idea that will help them endure the dreary winter season. They will publish a magazine of their thoughts and adventures. From "Personals" and "Fashion Notes" to an etiquette column and stories of the most interesting happenings in Carlisle, Our Magazine is simply the most entertaining and delightful publication anyone in town has ever read. But seasons pass, and nothing is forever--and soon it will be time for the Story Girl to leave her good friends on Prince Edward Island, friends with whom she has walked the golden road of youth.
LUCY MAUD MONTGOMERY (1874-1942) was born in what is now New London, Prince Edward Island, and raised by her grandparents after the death of her mother when she was just two. She worked for a time as a teacher and a journalist, then wrote her first novel, Anne of Green Gables, in the evenings while caring for her grandmother. When the book appeared in 1908, it was an instant success; it would go on to sell millions of copies in dozens of languages the world over, making Anne one of literature's most beloved characters of all time.

ELLY MACKAY is a paper artist and a children's book author and illustrator. She wrote and illustrated If You Hold a Seed, Shadow Chasers and Butterfly Park, among others. She studied illustration and printmaking at the Nova Scotia College of Art and Design and at the University of Canterbury, in New Zealand. Her distinctive pieces are made using paper and ink, and then are set into a miniature theatre and photographed, giving them their unique three-dimensional quality. Elly lives in Owen Sound, Ontario, with her husband and two children.