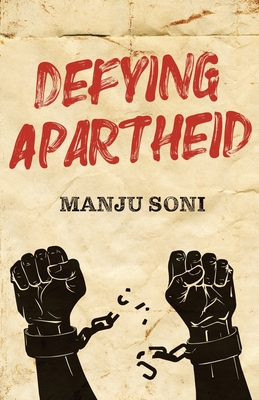 "Told with rich vivid detail and mesmerizing language that inexorably propels the reader to the end."

On a winter's day in 1968, in a town in South Africa, a nineteen-year-old medical student changed the course of his country's history. Steve Biko's philosophy of Black Consciousness would inspire thousands of black students to demand an equal education.

Soni chronicles her own personal history as an activist with that of the anti-apartheid youth movement, from the huge but sporadic protests of the Soweto Uprising, to the emergence of a national youth movement with over a million members.

Delving deep into the archives of South Africa's Truth and Reconciliation Commission, she profiles in chilling detail the individuals in the apartheid government who made assassination a key tool of state policy.

Capturing the power and desire of young black South Africans to become the agents of change, this book is essential reading for readers of all ages, regardless of race.

What Reviewers Are Saying

"An incredible journey through a dark time in history. The persistence, sacrifice and struggle are eloquently defined."

"Skillfully brings the reader through the South African apartheid freedom movement and spotlights the young people who dismantled the institutional racism of an entire nation."