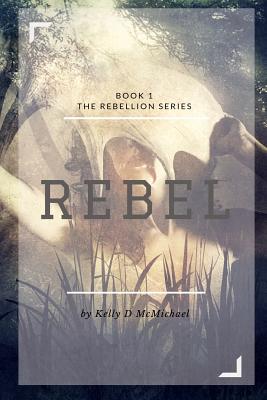 
Usually Arrives to Store in 1-5 Days
How does a nice southern girl escape an arranged marriage? Dress as a man and become a spy. Josie Weathers Boone, an apprentice photographer, flees an arranged marriage in Richmond to join Matthew Brady's Photography Corps and document the Civil War. Dressed as a man, Josie risks her life in combat to gain her independence. But along the way, she meets a soldier from New York who is a spy. Risking her life to save him, Josie must decide what is most important-sacrificing herself for her love or keeping her freedom. Rebel is the first book in the Rebellion Series, an adventure romance series by Kelly D McMichael, featuring Josie Weathers Boone.
Kelly McMichael wasn't like most kids in her Texas hometown, she pickled deer brains in jars and dissected minnows. She demanded cherry pies on her birthday and memorized Victorian house plans. She decided to be a writer in 5th grade after reading a book by Ruth Chew. Somebody told her that people from small towns don't become writers so she decided to be an architect, or a lawyer, or maybe a hippie. Ends up, people from small towns CAN be writers, so that's what she's doing now. That and teaching History to adult college students all over the world (online). Kelly attended Texas A&M University, earning a B.A. in U.S. History and English. She then completed a M.A. at Baylor University in American Studies and a Ph.D. at the University of North Texas in U.S. History. She likes to garden, walk/hike, read, and listen to live music. She likes to travel and is especially fond of Treasure Beach on Jamaica's south coast. She lives on a farm in a tiny little community where people appreciate good stories. You can find out more information about Kelly and sign up for a newsletter to receive free books and other downloads at: www.kellydmcmichael.com.