Scientific Facts in the Bible: 100 Reasons to Believe the Bible is Supernatural in Origin (Hidden Wealth Series #1) (Paperback) 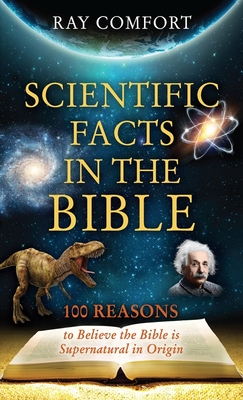 Scientific Facts in the Bible: 100 Reasons to Believe the Bible is Supernatural in Origin (Hidden Wealth Series #1) (Paperback)


Usually Arrives to Store in 1-5 Days
An elderly lady once left $20,000 and "my Bible and all it contains" to her nephew. The young man knew what the Bible contained so he didn't bother to open it. He merely picked it up and put it on a high shelf in his house, and headed for Las Vegas.
It wasn't long until all his money was gone. He lived the next 60 years as a pauper, scraping for every meal and barely having the clothes on his back. As he was moving to a convalescent home he reached up to grab that old Bible and accidentally dropped it from his trembling hands. It fell to the floor and opened, revealing a $100 bill between every page. That man lived his life as a pauper when he could have lived in luxury, simply because of his prejudice. He thought he knew what the Bible contained. Most people don't know that the Bible contains a wealth of incredible scientific, medical and prophetic facts. The implications are mind boggling...
Ray Comfort has written more than ninety books, hosts an award-winning TV program that airs in 190 countries, and his YouTube channel (LivingWaters.com) has had over 100,000,000 views. He lives with his wife, Sue, in Southern California..